The contents of this page may be found at https://www.mecerlaptops.co.za. The contents are copyright. Although every effort has been made to ensure the accuracy of information, no reliance may be placed on the accuracy of the contents or any price found on this site. Any and all information should be used for reference purposes only. This Laptop website is offered as an extension to laptopdirect.co.za as a reseller service to the public. Laptop Direct C.C. is the legal owner of this website, the Laptop Direct brand and the Laptop Direct logo. The information and pricing may have been valid prior to this page being captured, however, a print is not a valid advertisement for pricing nor specifications, and only products that have been sent by quote are valid. Prices are subject to change without prior notice. T&C's apply.
Compare products (0)     Clear 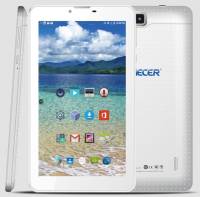 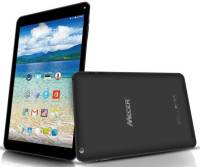 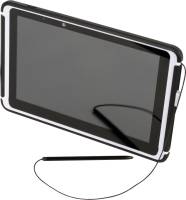 Cloud Fax Sign up for your Free Fax To Email here

Android is a Linux-based operating system designed primarily for touchscreen mobile devices such as smartphones and tablet computers, developed by Google in conjunction with the Open Handset Alliance.

Initially developed by Android Inc, whom Google financially backed and later purchased in 2005, Android was unveiled in 2007 along with the founding of the Open Handset Alliance, a consortium of 86 hardware, software, and telecommunication companies devoted to advancing open standards for mobile devices.

Google releases the Android code as open source, under the Apache License. The Android Open Source Project (AOSP), lead by Google, is tasked with the maintenance and further development of Android. Additionally, Android has a large community of developers writing applications ("apps") that extend the functionality of devices, written primarily in a customized version of Java. They are available for download through Google Play or third-party sites. In September 2012, there were more than 675,000 apps available for Android, and the estimated number of applications downloaded from Google Play was 25 billion.

The first Android-powered phone was sold in October 2008,[15] and by the end of 2010 Android had become the world's leading smartphone platform.It had a worldwide smartphone market share of 68% at the second quarter of 2012,and as of Q3 2012, there were 500 million devices activated and 1.3 million activations per day.

A large variety and brands of Android tablet computers and smart phones are on sale in South Africa at this computer store.